The square mesa was recently reimaged as R18-00336. Also of interest in the image is a new feature, also symmetrical: 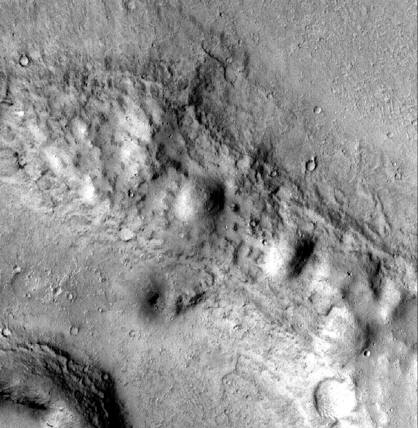 The mounds are approximately in the center of the formation, adding to the symmetry. Also mounds like these at A have been associated with other artificial looking formations, for example here: 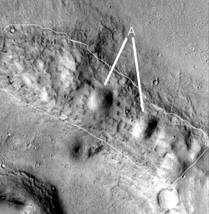 The reimaging of the crater like shape is also interesting, it is symmetrical yet not a normal crater shape. Since a crater is typically formed by the shock wave of an impact such unusual symmetric shapes on its outer rime are hard to explain.